Click Test 5 Seconds used to measure clikcing speed with 5 second timer & to check how fast can you click in 5 seconds. It also tells how many clicks someone has performed in 5 seconds. 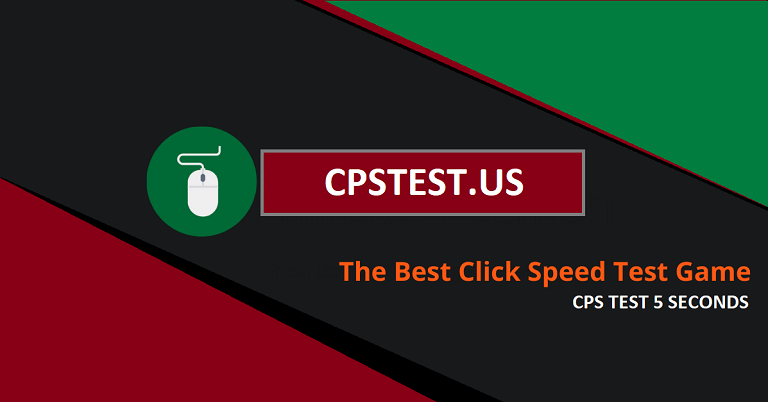 How to improve your clicking speed in 5 seconds click test?

First of all, your speed is a very subjective thing that varies from person to person based on their own different abilities. Sure there are standards and averages but every person reacts differently to the same stimulus. Many times people get really worked up stressing over how many clicks they can do per second rather than looking at their OWN ability and doing what they can in what seems to be a reasonable amount of time.

If you have ultimate accuracy and timing skills, you can click faster with your mouse than someone else with less experience thus seemingly “winning” the test overall when in reality the other player might be able to click faster if he took less time for each click resulting in a “better” score because it was done faster. It’s just one example of how a test like this isn’t really fair but still quantitative enough to rank you numerically against other players including your friends.

It’s really interesting to gauge each person’s skill level using these tests as well since some things take more mental ability than physical dexterity others have said it could be used as a good indicator of multitasking skills too.

World Record for Most Clicks in 5 Seconds

How many clicks in 5 seconds?

Normally a person can perform 8 to 10 clicks in one second. Multiplying these clicks with 5, the answer would be 50 clicks in 5 seconds.

Anything above average clicks is faster. If someone can do 60 clicks in 5 seconds, it is 10 clicks faster than an average human.

What is the average CPS speed using 5 seconds timer?

Averagely, a person can perform 25 to 35 clicks in ten seconds, therefore 5 seconds cps speed would be around 5 to 7 CPS.