Clicks Per Second is the shortest mode of the “Click Speed Game”. This mode will measure the number of mouse click per second. There are several games available over the internet; which would help you calculate your click per second. These games generally known as “cps test 1 second” would help you determine your speed and concentration for clicking. It sounds stupid, but believes you me, some times more clicking results in a good outcome.

This is also known as CPS Test 1 Second. This click speed test 1 second, as the name tells us, shows the ability to click the mouse button in one second. The games already available over the internet, has an option to change the time frame and test your ability to click in different scenarios.

Well, if you eager to know about that how to click faster while playing games, you can read this very informative article on WIKI HOW. By reading this article thoroughly, you would be able to know best way to click faster. 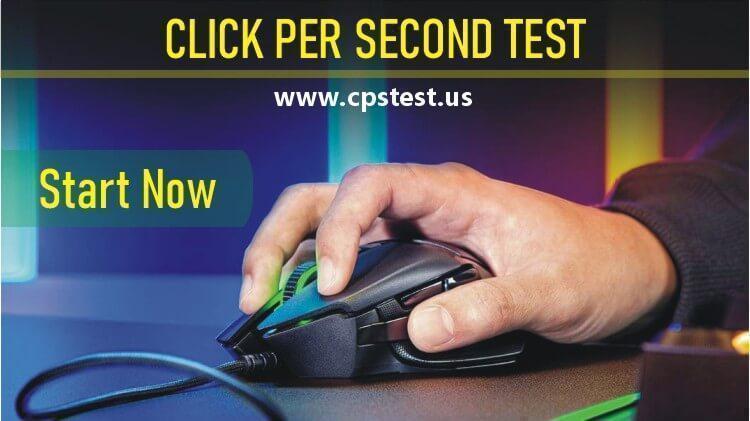 Click Counter as the name tells about is a free online click counter that counts and shows result thereafter regarding how many time the mouse was clicked in specific time duration.

People, especially gamer, used to test, analyze and improve their mouse clicking speed in order to perform better in games like Minecraft. They have different intentions and needs, hence they use mouse click counter in different ways. According to statistical data gathered over internet, we have observed that most of the gamer want to test and enhance their clicks per second speed.

Clicks per second counter is the right tool which is well designed in accordance to check and enhance your clicking speed per second.

As mentioned above mostly players use clicks counter per second to test their clicking speed. So a question arises here that what is the average clicks per second speed? Averagely, most of the users can perform 6 to 9 clicks in a second easily. Hence, if you can do anything above that, for instance, more than 10 clicks in one second that would be considered a faster clicking speed over average cps speed.

It may sound a bit unreal, but “What are the most clicks per second?” you ask. The most clicks per second World Record are 16. Yeah, its way too fast for anyone to imagine that a person has clicked mouse button 16 times in a row for such a world record. It’s actually unbelievable but it is doable. Practice makes a man perfect. If some of you plan to break this record, start practicing.

How many clicks per second?

It actually depends on a certain person that how calm and focused he/she is to perform this task. But generally speaking, most people can perform in between 8 to 10 clicks in one second.